Autopsy of a Vacuum Cleaner 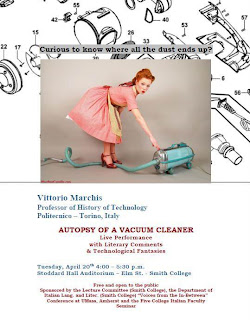 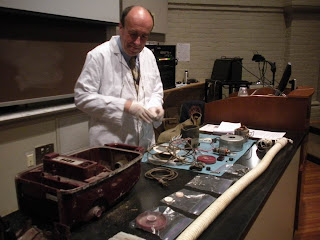 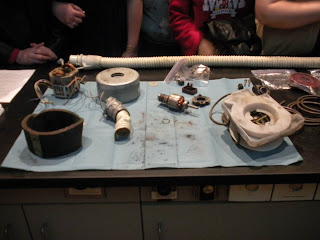 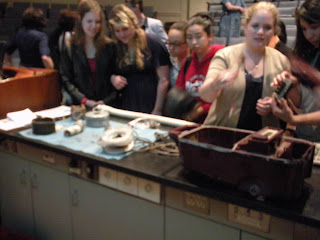 In order to enlarge the context around the "corpse" of the vacuum cleaner, some literary texts have been read during the autopsy:

Wringer
I leave the gallery, walk east. I need to go shopping, get some decent food, organize. When I'm by myself I revert to the times when I would forget about eating, stay up all night working, go until I felt an odd sensation I'd identify after some thought as hunger. Then I'd go through the refrigerator like a vacuum cleaner, sucking in whatever there was. Leftovers. This morning there were eggs, but there are no more eggs. There's no more bread, there's no more milk. Why were there eggs and bread and milk in the first place? It must have been a stash of Jon's, he must eat there sometimes. Or could it have been that he got this stuff for me? It's hardly believable. I will buy oranges, yogurt without the jam. I will have a positive attitude, take care of myself, I'll feed myself enzymes, and friendly bacteria. These good thoughts carry me until I'm right downtown.
(Margaret Atwood, Cat's Eye)

No other book of Nathaniel Hawthorne is so deep, so dual, and so complete as The Scarlet Letter: this great allegory of the triumph of sin. […] But there are good parables, and wonderful dark glimpses of early Puritan America, in Twice Told Tales. The House of the Seven Gables has 'atmosphere'. The passing of the old order of the proud, bearded, black-browed Father: an order which is slowly ousted from life, and lingeringly haunts the old dark places. But comes a new generation to sweep out even the ghosts, with these new vacuum cleaners. No ghost could stand up against a vacuum cleaner. The new generation is having no ghosts or cobwebs. It is setting up in the photography line, and is just going to make a sound financial thing out of it. For this purpose all old hates and old glooms, that belong to the antique order of Haughty Fathers, all these are swept up in the vacuum cleaner, and the vendetta-born young couple effect a perfect understanding under the black cloth of a camera and prosperity. Vivat Industria! Oh, Nathaniel, you savage ironist! Ugh, how you'd have hated it if you'd had nothing but the prosperous 'dear' young couple to write about! If you'd lived to the day when America was nothing but a Main Street. You can't idealize hard work. Which is why America invents so many machines and contrivances of all sort: so that they need do no physical work.
(D.H. Lawrence (1885-1930), Studies in Classic American Literature, Chapter 8 - Hawthorne's Blithedale Romance).

Movie references:
- Who's Minding the Store? a comedy film directed by Frank Tashlin and starring Jerry Lewis. It was released on November 28, 1963 by Paramount Pictures. (a video clip) 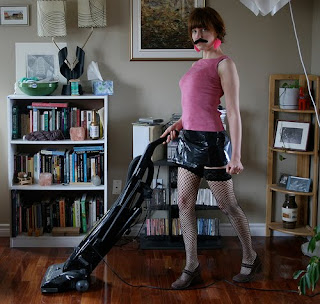 - I Want to Break Free, song performed by Queen, written by bassist John Deacon, and featured on album The Works (1984). The music video, directed by David Mallet, was a parody of the northern British soap opera Coronation Street.

Disclaimer: images and movies (if not referring directly to the event) have been taken from internet sites to which are directly linked.

Posted by Vittorio Marchis at 7:05 PM